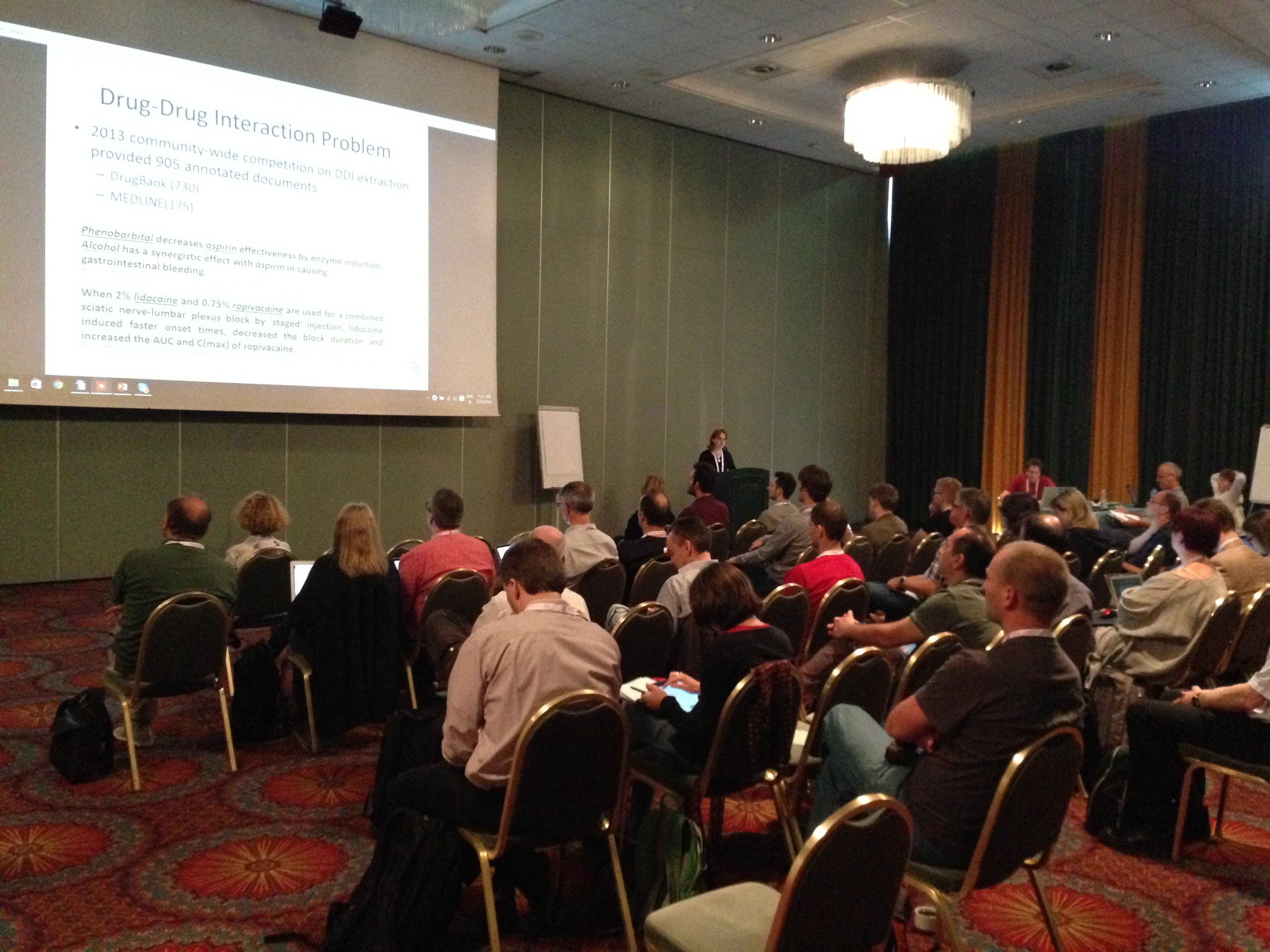 Written by OpenMinTed Communications on July 12, 2016. Posted in Blogs 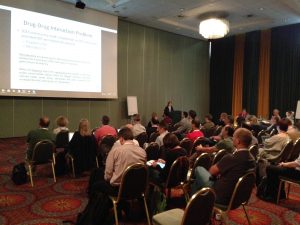 Our efforts towards improving interoperability in the communities of Text Mining (TM) and Natural Language (NLP) processing continue. OpenMinTeD organised a workshop on this subject at the International Conference on Language Resources and Evaluation (LREC) on 23 May 2016. Alessandro Di Bari (IBM) opened the workshop with a keynote on transferring ideas from the model driven approaches of software engineering to enhance interoperability in TM and NLP.

Then, 14 accepted papers were presented in a series of 5-minute lightning talks. But for most of the day, the forty participants from all over the globe discussed interoperability issues and solutions in four groups focussing on data and metadata management, processing and workflows, language and semantics, as well as legal and policy aspects.

The focus on personal communication and discussion set this workshop distinctly apart from the mini-conference style of other workshops. It gave the participants the opportunity to go beyond only reporting on their individual works and to engage in detailed investigations of particular aspects. The participants enjoyed the format and the creative and constructive environment so much that lunch and coffee breaks became largely secondary. 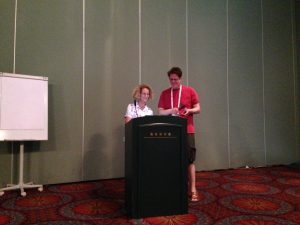 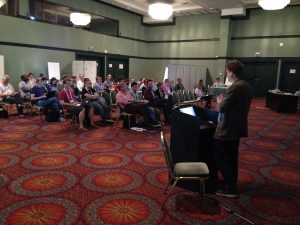 Several topics discussed at the workshop continued to be picked up and discussed during the remainder of the conference. Here a few points from the many that were discussed: 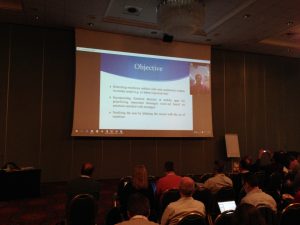 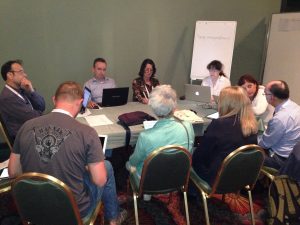 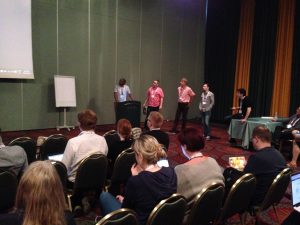 We made good use of the social internet by collaboratively editing the workshop minutes on Google Docs and providing links to these via the workshop’s website. This did not only allow participants to peek into the discussions being made at other tables, but even outsiders could follow the course of the workshop as it evolved. For example, one of the paper authors was unfortunately unable to personally attend, but thanks to the excellent media system at the conference venue could present their paper via Skype and later follow the discussion on Google Docs.