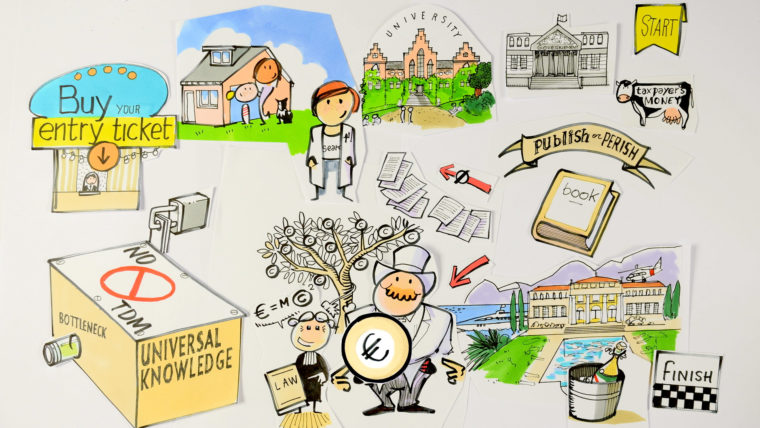 Written by OpenMinTed Communications on October 18, 2016. Posted in Blogs 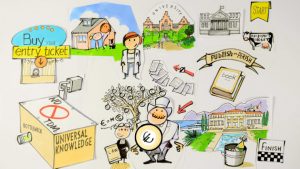 For the legal geeks among us, it is now old news that the European Commission, after promising to modernise copyright, issued a rather unhinged and disappointing copyright review proposal aimed at creating what it claims to be a ‘well-functioning marketplace’.

Neighbouring rights aka ancillary copyright for media snippets, robocopyright type content filtering on user uploaded content, mandatory exceptions that can be overridden by Member States or in case of licensing deals (huh?), … you name it: the review has it.

There is however one small light at the end of that very skewed and scary-looking tunnel: the copyright review does comprise a mandatory exception for text and data mining (aka TDM) in its Article 3 (with additional explanations in Recitals 8 to 13), a crucial element to enable the use of modern techniques on copyrighted material. To show how important TDM is and what’s at stake, we actually put together a short video which we encourage you to share. (Want to skip directly to our ‘magic recipe’ for a workable TDM exception click here)

Why is everyone in the research and innovation fields not throwing a party then? Well, because the proposal as drafted by the European Commission comprises considerable flaws, many of which were highlighted at the FutureTDM workshop.

The main legal shortcomings were highlighted in the presentation given by Lucie Guibault, Associate Professor at the Institute for Information Law of the University of Amsterdam, whilst the ‘security & integrity’ addition creates a major practical loophole in the entire legal provision: 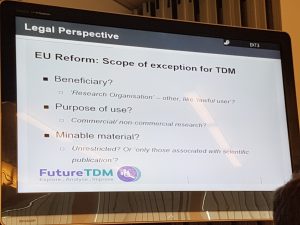 The good news is that the Members of the European Parliament (MEPs) present at the FutureTDM Workshop certainly seemed aware that there was room for improvement and willing to tackle the issue. But let’s also be realistic: those were three very well-informed MEPs, out of 751 MEPs in total, so there is a lot of work to be done to inform their colleagues of the need for a proper TDM exception.

Whilst the UK opened the door in Europe for a TDM exception, the one they drafted is also far from perfect, if only because they felt that the existing InfoSoc Directive made it impossible for them to adopt a TDM exception that would cover commercial uses, hence making it skewed from the start.

Singapore, after introducing fair use a couple of years ago, is now also looking into introducing a TDM exception and, in doing so, is making some valid points in its consultation proposal (see pp. 34-35):